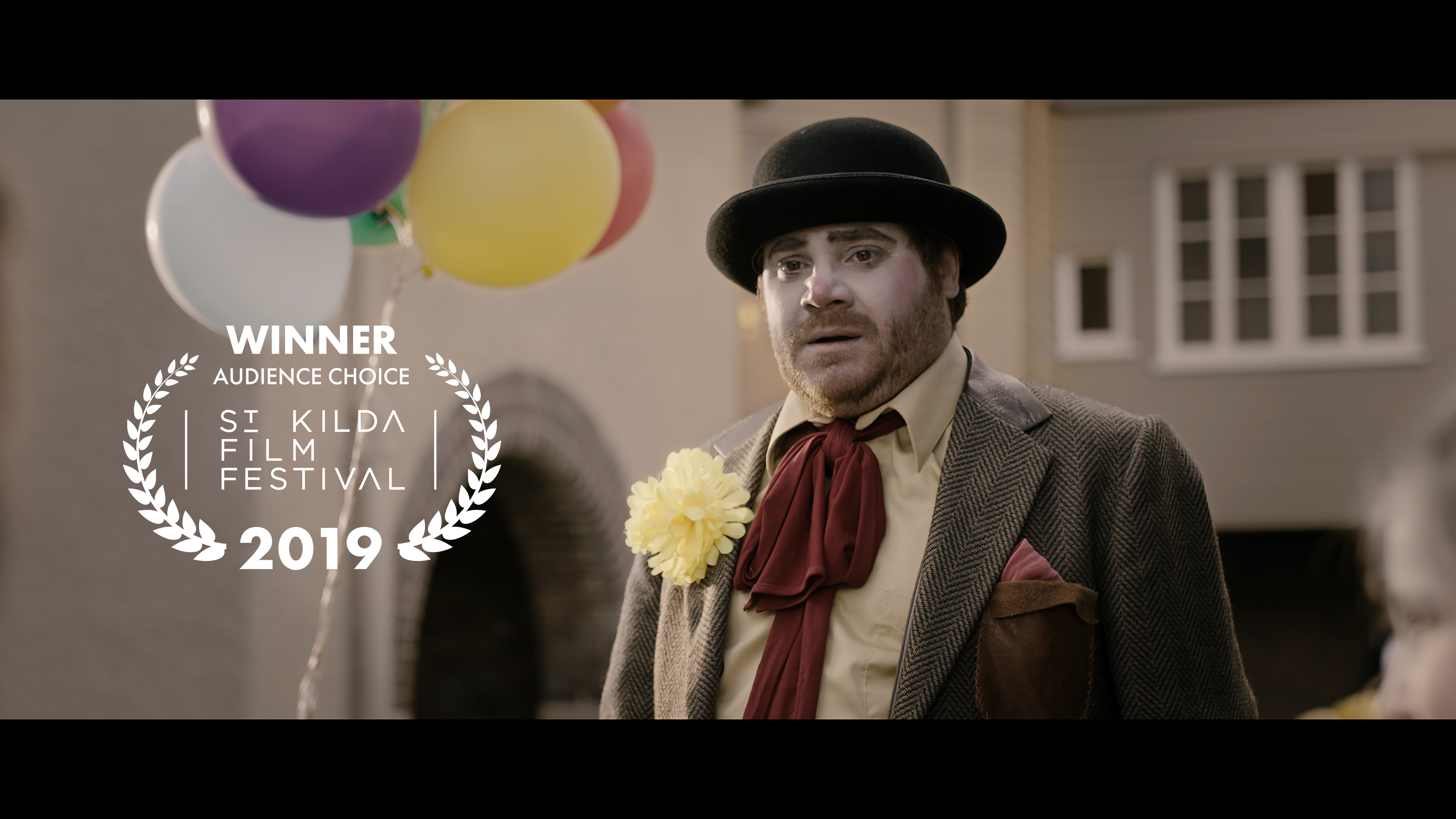 A short film that explores the fine line between comedy and tragedy written and directed by Queensland director Mel Poole has won Audience Choice at the prestigious Academy Award-qualifying St Kilda Film Festival.

Sock and Buskin, produced by 18 Degrees and starring Leon Cain, tells the story of a sad clown and how he rediscovers the gift of laughter after an encounter with a little homeless girl.

Shot by highly awarded DOP Dan Macarthur and scored by composer Raf Mikolajczyk, the film has no dialogue, making it easily relatable to international audiences of all cultures.

“With his training as a clown, I knew Leon could captivate the audience without dialogue, and together with the masterful cinematography of Dan Macarthur we enable the audience to look right into the soul of this downhearted character,” said Director Mel Poole.

“We are ecstatic to have won the Audience Award, after all that is what filmmaking is all about – making an impression on the audience,” she said.

Sock and Buskin, named after the theatrical figures for comedy and tragedy, was shot while director Mel Poole was four months pregnant and featured over 100 child extras.

The film also stars 11-year-old newcomer Chloe Guy who gives a mesmerizing performance as the lonely street kid who becomes fascinated with the clown and his ability to make people smile.